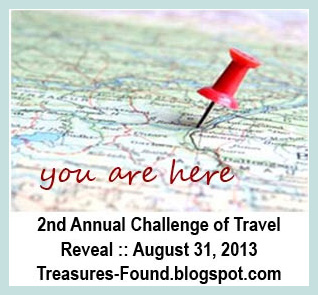 When Erin Prais-Hintz offered this blog hop, my first thought of writing about a Staycation, was to talk about the town of Lodi, NJ, where my husband and I lived, and raised our 5 children, for 30 years. It is a typical urban suburb, just a short trip over the George Washington Bridge to the most exciting city in the world, NYC. It is small, very inconspicuous, and many people had close family ties (Italian, and YES, That Family). The running joke was there were more banks in Lodi than anything else, because “long term” residents needed a place to keep their stash.

But that wouldn’t be true to you today. We have lived in Longwood, FL for 14 years, and it as different from Lodi, as night is to day. It is also a suburb of a larger city. About a 30 minute drive from Orlando, FL with its well know tourist attractions of WDW, Universal Orlando, and SeaWorld, but that is the only similarity. 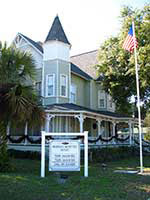 Longwood’s Historic District encompasses roughly 190 acres and has 37 contributing structures. It became part of the National Register of Historic Places in October 1990. Describing this area as “quaint” would be a major understatement. In addition to the Longwood Hotel, the Historic District boasts a handful of historic structures, including the 1873 Inside Outside House (now home to a small business called Culinary Cottage), the 1879 Christ Episcopal Church and the 1885 Bradlee-McIntyre House, a former winter cottage and fine example of Queen Anne-style architecture. The Historic District also contains City Hall and a number of city administration buildings, as well as a new 10,000-square-foot, $1.4-million Community Building. In addition, a couple of specialty stores and boutiques can be found here. 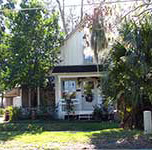 One of the major goals of city officials is to attract more residents and visitors to this charming area. However, the Historic District remains a work in progress. (the above information taken from http://www.longwoodfl.org/content/1115/151/147/163/default.aspx). 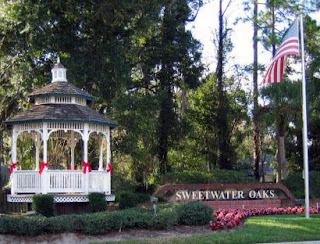 I live in the unincorporated area of Longwood, to the west of the actual city. It was once part of sprawling orange groves; until a major developer bought it all in the 70’s and set out to develop several housing areas, which he named Sable Point, and Sweetwater Oaks.


Unlike the developments of today, the ground was not plowed to nothing and then cookie cutter homes placed on the property as close to maximum capacity as possible. Each owner was given the option to customize their home as they wished and to today, that remains an important part of keeping its desirability in the area.﻿

There are ponds, a beachfront lake, and streams throughout the complex, and trees everywhere, including on the islands that divide the roads running through it. Wekiva Springs Rd is the main one, homage to the Indian tribes who originally owned it, and our street runs off it near the end of the development.

What, do you ask, is on the other side? Less than a half mile away, it backs to Wekiva State Park, hence some of our frequent visitors seen here.


I created this necklace to represent the rustic feel of this area, including the many oak trees, bodies of water and beauty of mother nature, which is all around us. 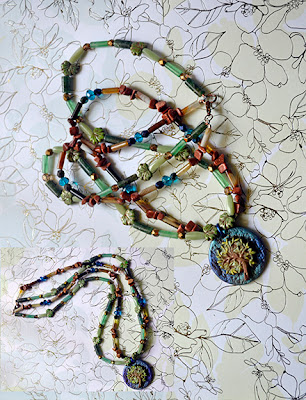 Focal by Jeannie K Dukic
Thank you for coming to visit our little corner of the world. We love it here, and if you should ever come to visit for real, am sure you would too. For now, follow this link to Erin's Treasures-Found blog to continue your journey.
ADDENDUM
I just had to add this note. As I sit here, getting around to hopping around the world, through this blog hop, most of the dogs in the neighborhood started there call to order. The reason ~ another one of our burly, 4 footed, black haired visitors is casually lumbering though our backyards, oblivious to the racket he is causing, and many stares he is also getting. They are truly incredible creatures.﻿