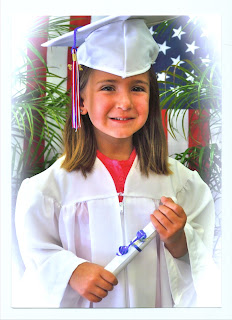 My adorable granddaughter, Jadyn, (not that they all aren't) had her first graduation last night. It was from Pre-K and the ceremony included their "spring show". She is such a performer, she was practicing her routines for weeks ahead of time. Her mother says her ambition is to "sing and dance on television", and she has a pretty good start. 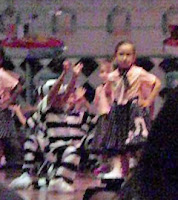 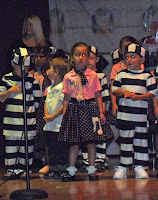 Her class opened the show with a rousing rendition of "Proud to Be an American" and then followed up with two dance routines, including Jail House Rock, that brought the house down. 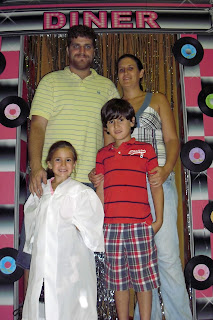 Of course, the grandma's were so tickled, we were besides ourselves, and her mom, dad and brother were very proud of her.

She is one talented 5 year old, and witness that in what she did at Grandma's house one day. I was working at my clay table, and she asked to help. Not only did she pick out the colors, roll the beads and attach the covering, but also poked the hole in them, and then strung them along with the bead caps, and other accent beads she decided would "look good with my beads".